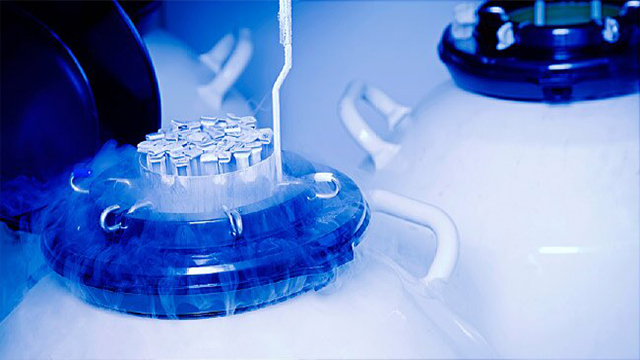 How Egg Freezing Enable Women to Experience the Joy of Motherhood?

Medical advancements are at its peak and they are offering new ways to infertile couples to combat fertility issues. The advent of assisted reproductive technologies is revolutionary in itself, as it has enabled one to achieve the joy of parenthood. Egg freezing has changed the scenario by supporting women to experience the journey towards motherhood when their chances were less for the same.
What is Egg Freezing? Egg freezing or mature oocyte cryopreservation is a method to preserve reproductive potential in women. The process involves harvesting of eggs from the ovaries, freezing, and storing for later use. This frozen egg can be thawed and fused with the sperm for fertilization and the resultant embryo is then implanted in the uterus of the intended mother. Egg freezing is a good option for women who are not ready for pregnancy but want to have a child in future without any complication due to their advanced age. There are other conditions when one has to undergo egg freezing.
In what conditions women consider Egg Freezing? If a woman is about to undergo cancer treatment. If they are suffering from any sort of ailment that may affect their fertility. In case a woman is undergoing IVF treatment and her partner is unable to produce the semen sample on the day of egg retrieval. If women wants to preserve their eggs for later use in future due to their career choices or any other reason.
Steps included in Eegg Freezing: Ovaries are stimulated to produce more than one egg. Egg retrieval is done under sedation. During this procedure an ultrasound probe is inserted into the vagina and eggs are collected through the oocyte retrieval procedure. After the unfertilized eggs are retrieved, they are frozen using special media& techniques so that they can be used for future. Keya Fertility IVF Centre also provides egg freezing along with other fertility treatments for women who wants to delay their pregnancy due to medical issues or due to any other condition. It is advisable to women to freeze their eggs when they are in their most fertile years so that they can have better chances for a successful pregnancy. 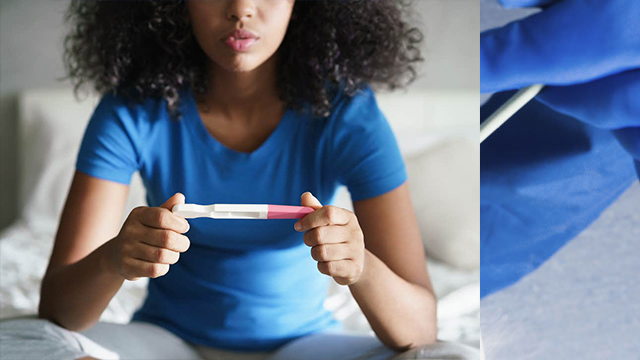 IVF SUCCESS RATE HAS PEAKED AT ONE IN FOUR, RESEARCHERS CLAIM

Source : Independent .co.uk The success rate for women undergoing in vitro fertilisation (IVF) treatment has peaked at one in four, a new study has found. According to new research, those who undergo IVF have a 27.1 per cent possibility of the procedure resulting in pregnancy. Meanwhile, those who undergo a similar procedure called intracytoplasmic sperm injection (ICSI) have a 24.3 per cent chance of conceiving. During the procedure of IVF, an egg is taken from a woman's ovaries and fertilised with a sperm in a laboratory. The fertilised egg is then reinserted into the woman's womb. ICSI is the most common treatment used in cases of male infertility, the Human Fertilisation and Embryology Authority (HFEA) states.
The new findings were presented at the annual European Society of Human Reproduction and Embryology (ESHRE) meeting in Vienna this week. The researchers assessed 800,000 IVF and ICSI treatment cycles performed in 2016, which resulted in the birth of 165,000 babies. The study represents the largest insight into the success rates of assisted reproduction in Europe. 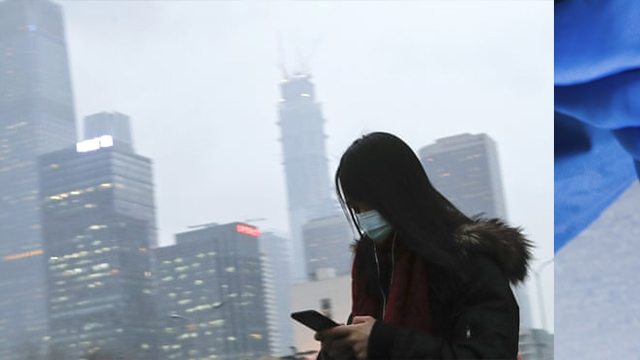 "Air pollution 'may affect number of eggs ovaries can produce "

Air pollution has been linked to a drop in activity of a woman’s ovaries, researchers have revealed. Experts say the findings suggest the female reproductive system is affected by environmental factors, although the study does not look specifically at the impact of air pollution on fertility. However, they added that if such an effect were permanent, it might mean that women might have a shorter period of their life in which to reproduce and an earlier menopause. “Environmental aspects of our lives matter so we should take care about indoor environments as well as external,” said the study’s lead researcher, Antonio La Marca, of the University of Modena and Reggio Emilia, in Italy.
The findings, presented at the annual meeting of the European Society of Human Reproduction and Embryology, are based on a study of levels of a hormone called AMH. This is released by cells in the ovaries and gives an indication of a woman’s ovarian reserve – the number of viable eggs the ovaries can produce. This level differs between women and is affected by a number of factors, including genetics, age and smoking. Its link to fertility is debatable: a low ovarian reserve does not necessarily mean natural conception will be difficult. However, La Marca said previous studies had suggested there could be a link between higher air pollution and reduced fertility in women, and animal models have inferred air pollution could affect levels of AMH. To explore the issue further, La Marca and colleagues looked at AMH levels in about 1,300 women, the samples being collected in Modena between early 2007 and autumn 2017. From the participants’ home addresses, the team estimated daily levels of small particulates known as PM2.5s and PM10s, as well as levels of nitrogen dioxide. For women over the age of 25, levels of AMH in the blood fell with age. After taking age into account, though, the team found AMH levels were lower among women who lived in areas with higher levels of air pollutants. 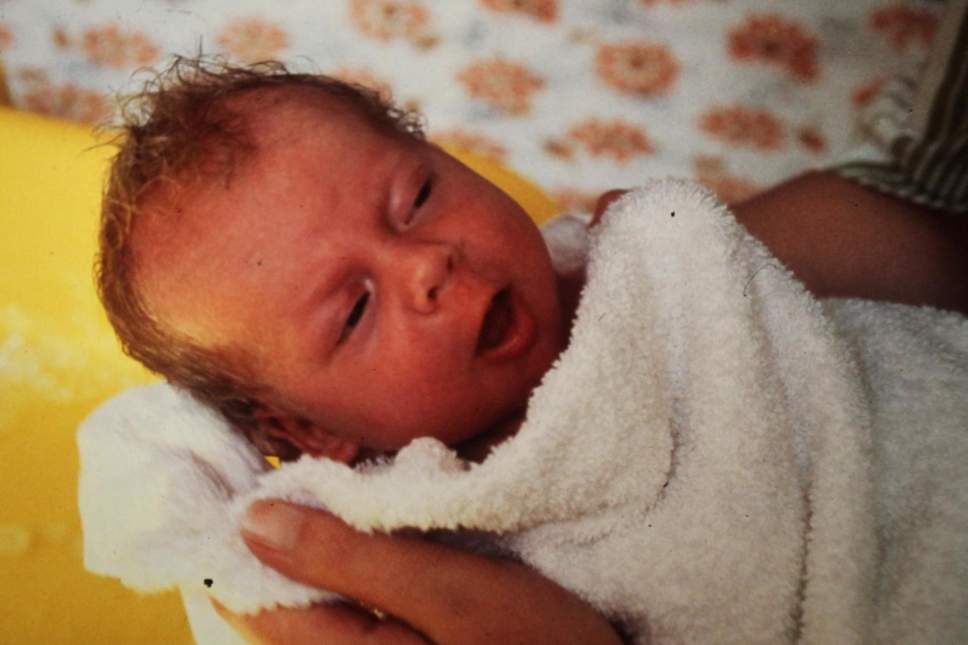 Louise Brown- The first IVF in the world.

Source : Independent .co.uk "Today is my 40th birthday. Like most people, I would probably rather keep that fact to myself. But, around the world, the celebration of my birthday will also see celebrations that mark the 40th anniversary of IVF – the procedure that led to my birth. New research released last month claims there have been eight million people born through IVF since its invention. An exhibition at the Science Museum, London, talks of six million – nobody is really sure of the exact numbers as there are babies being born every day now through assisted reproductive techniques. When I was born, Patrick Steptoe and Robert Edwards, the two men who came up with the technique, suggested my middle name be Joy. They said my birth would bring joy to so many people. Forty years, and millions of babies later, many will agree they were right."
IVF in its many forms brings hope for people in despair that they will never have a child. So many things have changed in the decades that have gone by, but the desire for couples to have babies has not. My mum, Lesley Brown, went to the doctor suffering from depression. At the heart of it was her inability to have a child with my dad, John.
When they heard about this experiment it gave them hope. Even though it had never worked before it was something to cling on to – and happily led to me being born. Later it worked for them again, with my sister Natalie being born in 1982 – by then the 40th in the world. That same journey is there for couples today and thanks to the pioneers the road is easier to travel than ever.

"Freeze eggs before 35 for a better chance of IVF success, says report "

For women intending to undergo IVF treatment using frozen eggs, the younger they are when they are frozen the greater the chance of a successful pregnancy, according to a report by the UK’s independent fertility regulator. Most IVF treatment cycles use fresh eggs, but a very small number use eggs that have been frozen and thawed. It can, for example, be especially beneficial for cancer patients who decide to freeze their eggs before undergoing chemotherapy. The report by the Human Fertilisation and Embryology Authority (HFEA) looked at data from UK fertility clinics from 2010 to 2016, and found that the key factor for successful pregnancies is the age at which women freeze their eggs.t.